Welcome to r1150r.net, your largest online source for all things R-R!

I was pondering over going simpler with an Airhead. I want to go with a R 100(?). I was looking for advice on these older bikes. They started in 1977 (big carb) through the late '80's and then came out with the "monolever" R100RS in 1986. I didn't know what the difference was from a R100/7 and a R100R was. I also wanted to know if the bikes with the aluminum/magnesium rims can wear a modern radial tire rather than a bias ply. I think I want to stay away from a spoke laced rim. Just wanted to know if anyone could give me some info on the good/bad on these bikes and if I'm crazy for thinking I would enjoy one these bikes as much as my oilhead.

As one who has had a 1979 R100RT in my garage from new, I agree that they are rather old fashioned.

That doesn't mean they are without charm, far from it, & they are still a very capable motorcycle, but you will find them very, very different from an oil-head boxer.

There is a surprising difference between a 100/7 & the last of the line R100R. Models with 40mm carbs & 32mm carbs, 40mm exhausts & 38mm exhausts, different compression ratios; different forks, instruments, switchgear, it all adds up.

Every year there were numerous changes, some small, some much more significant, so the later models generally have a lighter feel to the controls.

You could do worse than study this book, by Ian Falloon

Then after a while I think "Actually, I've done so many miles on this old girl" and I start to enjoy it………

Would you take to it ? I don't know, but I'd suggest if you do try one, don't just ride around the block. It takes a while to like.

Remember your first glass of beer ? To be honest, most of us didn't enjoy it, but your older mates drank it, so you tried it.

After a while you got the taste for it perhaps ?? That's what it's like.

Good luck with your decision.

Thanks Martyn. I figure I need to get on one to see how I would like it. I appreciate the feedback.
Buckster '03R

Even with alloy wheels, monoshock, CDI ignition, nikasil bores etc etc, these machines are totally eclipsed by the oil and hex head machines. In fact, my F650CS had the same power as the last R80 and was in all respects faster than any R100 I rode with. They have heavy flywheels and so rely on carrying speed through corners rather than acceleration (of which they have little). The best of their brakes are wooden and weak compared to later bikes, and theres no ABS of course. Their steering is slow and takes some effort (that's a matter of taste, I guess). Their shaft drives have significant torque reaction.

Don't get me wrong - I loved both my airheads. I have toyed with buying back my R80 (it's still in original condition with another memebr of my old club). I've serious considered fuinding a pristine R65LS ... but I wouldn't get an R100. There's a long-held view that the R100 never had the sweetness or balance of the R80 (the 65 is a short-stroke motor) and I'd say that's true: I've always found the R100 lumpy and a bit coarse to ride, and lackyng the sweet 'lope' of my R80. But all of them are quite agricultural compared to my hexhead.

Thanks for the insight. I went for a 2-3 hr. ride yesterday and I think that my R is just right for me for now.
Buckster '03R

I never rode a Airhead, but I have ridden with a number of them and those older bikes can really go!(Big surprise for me)!

The airheads can be made much lighter and can be transformed to pretty powerful bikes (upto 80 HP easily and upto 100 HP with a bigger investment). However these bikes need a knowledgeable hand as they have this rubberish feeling. And don't you dare to close the throttle in a curve ... Happened to me once many years back and as a result I found myself in the bushes - together with my bike ...

I would stick to the modern bikes (oilheads and hexheads) as they are far superior.

I have a 1971 /5. Bought it in 1978 and it has spent much of its life with me. Other bikes have come and gone but it always kept its spot in the garage. Over the years it got used less and less for all the usual reasons. Even with upgrades in all areas (very little on the bike came out of the factory on it) it's still not the machine for todays traffic. Now it only gets used around 1K a year and sometimes I consider sending the old guy down the road. Then I take it for a ride.

I'm a lot closer to my last motorcycle ride then I am to my first and when all my other bikes are gone this one will be in the garage even if I'm only capable of sitting on it and making baroom baroom sounds.
Airheads are forever.

The airheads are much lighter and are less complicated (less electronics and gadgets ...). However not so easy to ride as they have the built in elevator effect.

P.S. Some wonderful examples made by a specialized japanese workshop (Ritmo Sereno): 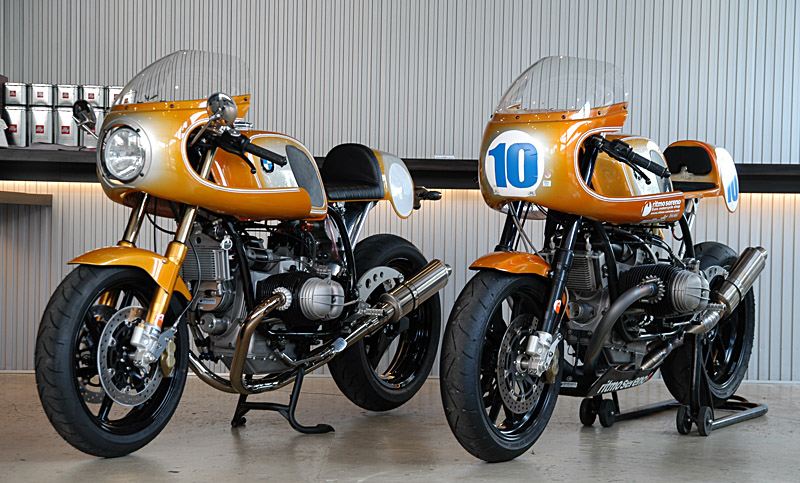 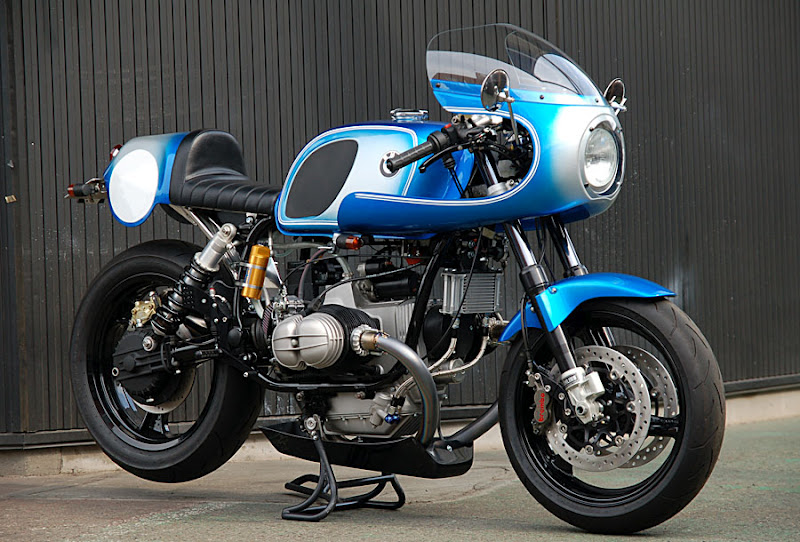 Return to “Other BMW Bikes (OBB)”

Users browsing this forum: No registered users and 3 guests